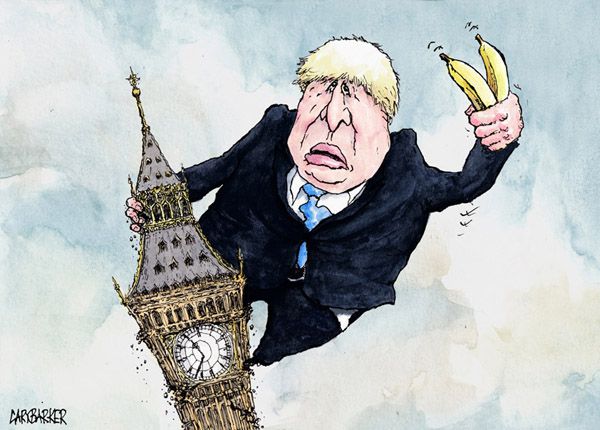 Political equivalent of King Kong the blustering Boris Johnson swings from Westminster Houses of Parliament Big Ben Clock Tower creating havoc wherever he goes. His judgement has come under repeated question and not least in the Salisbury nerve agent attack where he claimed the direcotr of Porton Down had personally confirmed to him that the nerve agent used in the Salisbury attack originated in Russia. But then following a statement from Porton Down that they couldn't say where the nerve agent originated it again looked very bad for the embattled Foreign Secretary, whose grip on a his place in government is looking increasingly shaky and his days numbered.