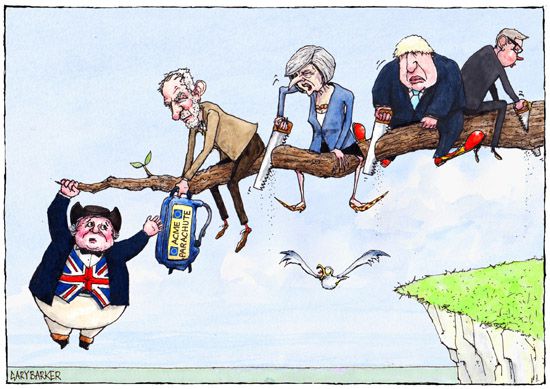 Jeremy Corbyn offers John Bull a parachute to soften the Brexit fall while Tories Theresa May, Boris Johnson and Michael Gove do everything they can to make sure the impact is  as hard as possible. Brexit, it would seem, is more about rivalries in the Tory party and personal political ambitions, from David Cameron announcing the referendum to shore up his own leadership, through Theresa May using it to become PM to Boris Johnson's lust for power, than it is about doing what is best of the country. But the one person whose pro-brexit stance I cannot understand is that of Jeremy Corbyn's who is no doubt all to aware of the danger in handing control of this country entirely over to right wing interest and what will mean for the average person in this country.