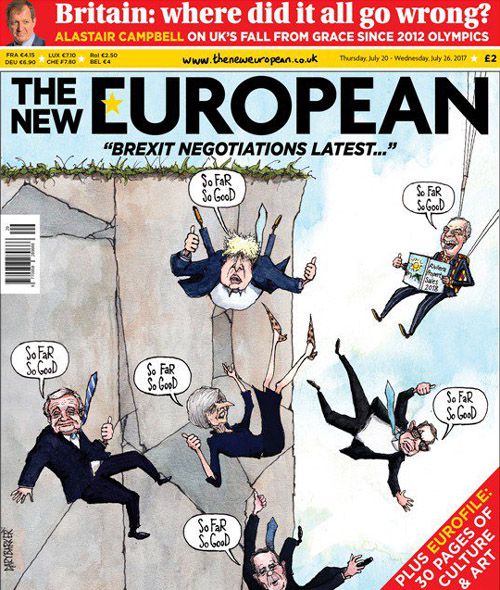 Brexiteers take the leap of the cliff deluded about reality. While the opportunist responsible for starting the ball rolling, Nigel Farage floats to the ground planning his luxurious escape. There is a growing feeling the UK that the country his heading to disaster and it is being led there by an irresponsible government whose only mandate was a very narrow referendum EU leave result. Polls now suggest that if thed referendum were run again we would vote to remain but the government seems intent on bungling forward with no real plan and only the infantle rhetoric that works for them in the UK, but they are now dealing internationally with people who aren't affected by nor are what the Daily Mail or The Sun has to say 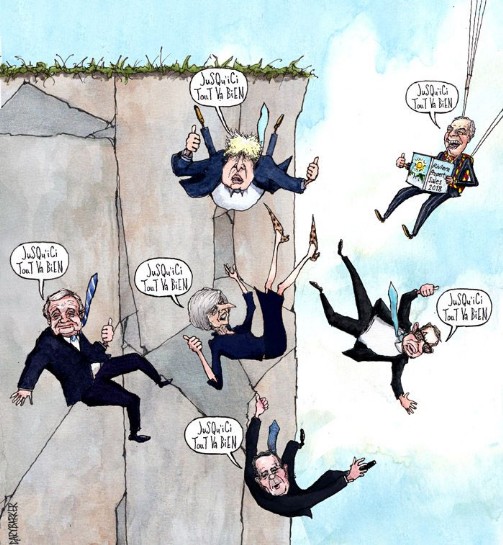