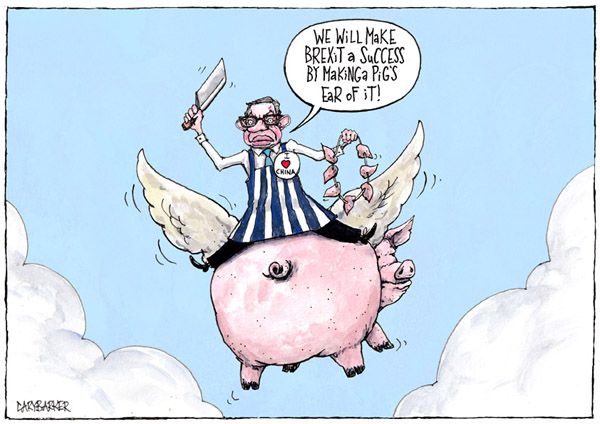 Environment Minister makes a pig's ear out of brexit. Claiming brexit will deliver new opportunities to replace those being lost when the UK leaves the European Union and the example he made was Britian exporting pig's ears to China which has an apparent huge demand. So in short Michael Gove literally made a pig's ear of brexit. Whichever way we view brexit if pig's ears are the best example a government minister can use to sell a post-brexit silver lining to the country, things are hardly lookin bright for the country in near, medium and possibly long range future.