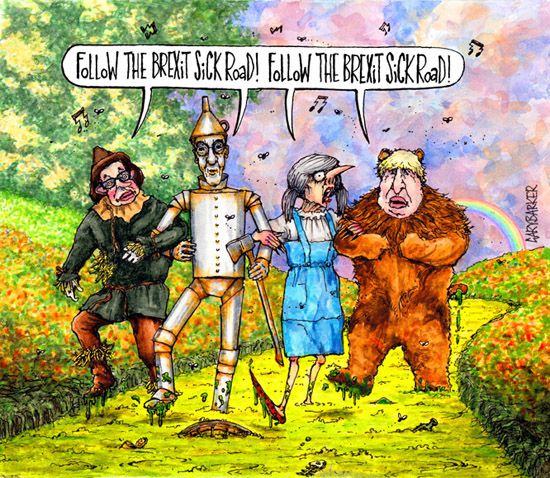 Theresa May, Michael Gove, Jacob Rees-Mogg and Boris Johnson follow the very damaging road to brexit and disaster for the people of the UK. With the UK looking increasingly exposed over the Salisbury nerve toxin attack as the Porton Down release a statement that they cannot confirm the nerve agent used in the attack, originated in Russia. This leaves the UK's international reputation in tatters after Foreign Secretary Boris Johnson had previously said the director of Porton Down had personally confirmed to him the nerve agent originated in Russia and implicating Vladimir Putin in the attack. With international leaders expressing concern over this revelation after backing the Theresa May in her assertion that Putin was behind the attack. It is becoming increasingly clear that the Conservative government will not be given the easy ride they have come to rely on from the UK media.