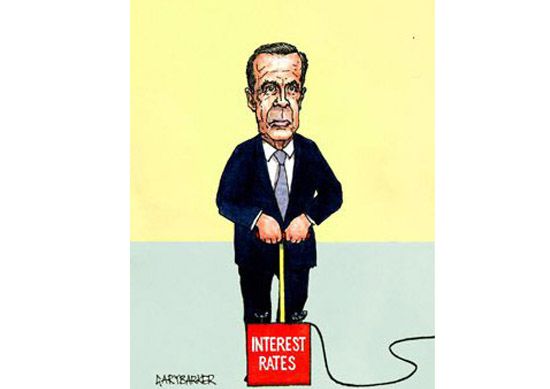 Ever since Gordon Brown handed the powers to control interest rates to the Bank of England rates have remand historically very low. For years now there has been no change in this extremely low rate which has helped mortgage holders at the expense of savers.

Mark Carney said he would not raise interest rates until unemployment fell below 7%, which it did over a year ago. But he chose to not change the rates until after the General Election and as that is now in the past he is beginning to make sounds about an impending rise in rates. This will be welcome news to savers who will see rises in their savings, but it will hit families who have mortgages and businesses which have loans hard. Many people are only holding on to their homes by the tips of their finger nails and any rise at all could see huge numbers of people losing their properties. Coupled with government cuts to working families’ tax credits there could also be a drop in demand for properties causing prices to fall and possibly making buy to let less attractive to prospective landlords.

With small businesses not finding much to cheer about in George Osborne’s budget the popularity of the first Conservative government in twenty years could be short-lived. But the Chancellor will continue to spin the line of the ‘long term economic strategy’ and making every week good news week with the willing assistance of the print and broadcast media, so who knows he may well become the next Prime Minister, despite him virtually doubling the national debt since 2010.