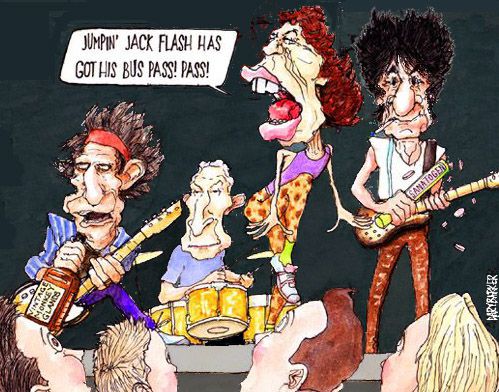 Ageing rockers the Rolling Stones, with Mick Jagger, at Glastonbury.

The longevity of the band inspired Conservative brainiac Esther McVey to feel asking the question 'why can't everyone work into their seventies?' Was a pertinent and even acceptable thing to say.

I would love to hear a tv presenter ask 'so Mick Jagger just what is it about a job that pays you millions and so afford the best things in life that makes you want to carry on doing it? Oh and while we're here could you giver me a the name of your accountant as I need some tax 'advice'?'