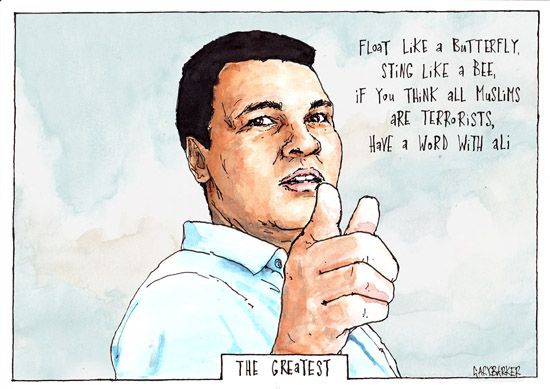 The Greatest boxer of all passes away at 74.

Muhammad Ali was not only an extraordinary boxer he was also an extraordinary human being. He mastered and was brave in the ring and in the boxing world where he made psyching out his oponents an art form he was remarkably honest and brave in standing up for what he believed out of it. He paid little care as to whether it would be popular or not. For someone of his stature in the world of boxing in 1960s to stand as a conscientious objector to the Vietnam War showed a completely different sort of bravery. Ali was a human being that many lesser men today, and especially populist politicians, could and should learn from, but of course they won't.