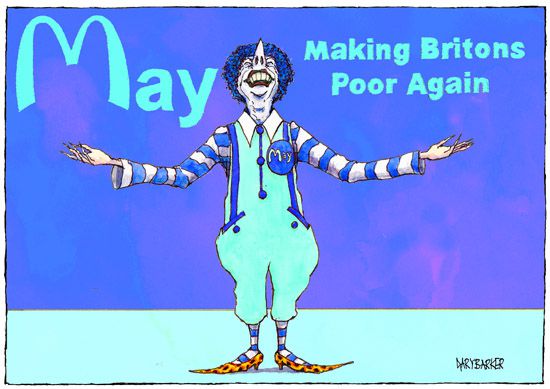 Theresa May Cartoon and Zero Hours

Brexit negotiations have shone a light on the incompetance of Tory ministers as the talks have been nothing short of chaotic and the country being seen as a laughing stock around the world. Many voted to leave the EU because they had been led by the media to the belief that it had caused the low wage / zero hours economy the Tories imposed on the people of the UK. Yet it those same low paid people who are set to suffer most when the UK leaves the European Union.