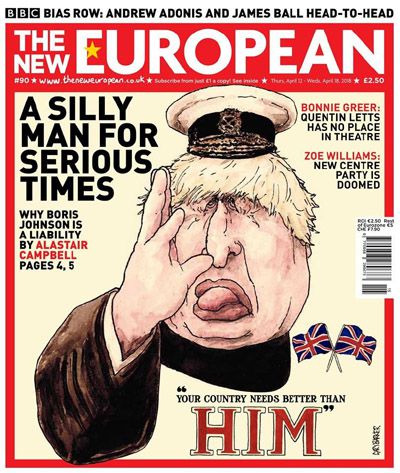 Foreign Secretary Boris Johnson cartoon. The minister has been an international embarrassment ever since being promoted to high office by Theresa May following her taking over from David Cameron as Prime Minister following his referendum disaster which in itself has been a huge international embarrassment. But it would seem the UK electorate have still not had their fill of neither incompetence nor their country being made to appear weak and foolish to both our friends and enemies alike. In these times of international crises it is essential we have people in key roles who are at least of average competence and not the utter buffoons we now have running the country.