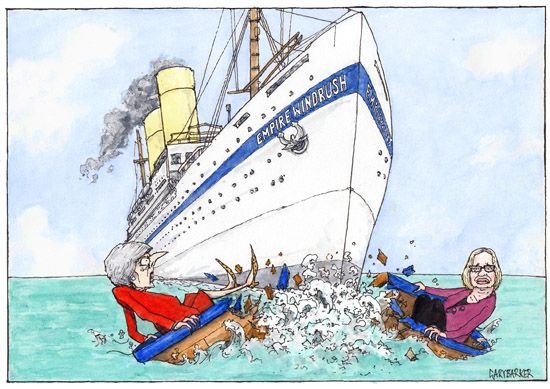 Windrush scandal cartoon. Theresa May in her time at the Home Office introduced an immigration bill to deliberately create "a hostile environment" towards immigrants. In doing so she also removed a clause in immigration law that protected the Windrush Generation from being deported. Theresa May also presided over the destruction of the Windrush landing cards that proved ever persons nationality and right to reside in the UK. But May chose to lie to parliament when she corrected Jeremy Corbyn by stating that the decision to destroy the papers was taken under Labour in 2009. It is such a sad and sorry state of affairs that the Conservative party have allowed their racism to return to British government.