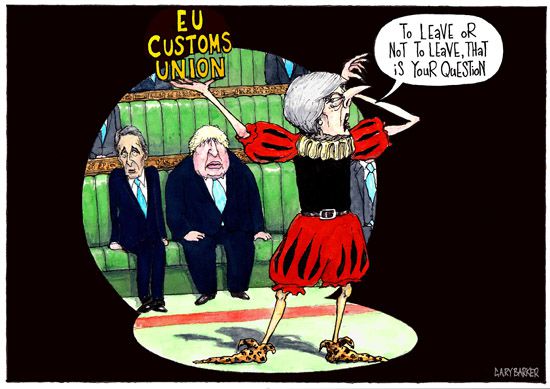 Theresa May cartoon as the House of Commons Hamlet appealing to MPs to save her career by supporting her in dumping the UK's inclusion in the EU Customs Union post brexit. Mired in the Windrush scandal and her own involvement in rewriting the law so it no longer protected those British citizens, her position grows increasingly tenuous. The right wing media seek to deflect blame away from Theresa May and onto the current Home Secretary Amber Rudd, because she is a remainer and not a 'one of us, one of us, one of us' brextremist. So we are left with a PM not being held accountable and presiding over the worst political scandal in 50 years and refusing to show any real remorse nor humility.