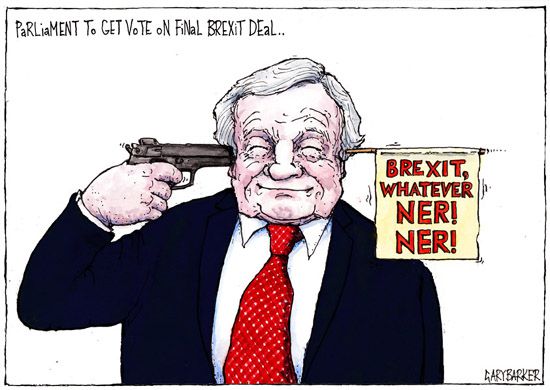 David Davis cartoon. The brexit secretary continues to astound observers with his incompetence in his dealings on brexit with the EU. Davis described the negotiations for the UK leaving the EU as the easiest in history when he first took up his post. He has now spent the next two years proving himself to be utterly wrong, over and over again. Every day new obstacles to the UK leaving spring up and all the warnings from remainers, labeled as project fear by the likes of Davis, Johnson and Gove et al gradually all coming true. The biggest sticking point now looks to be the Irish border. It is looking increasingly like the only way the Tories can deliver their brexit is by breaking up the Union as the only option appears to be Northern Ireland leaving the Union and uniting with the Republic.