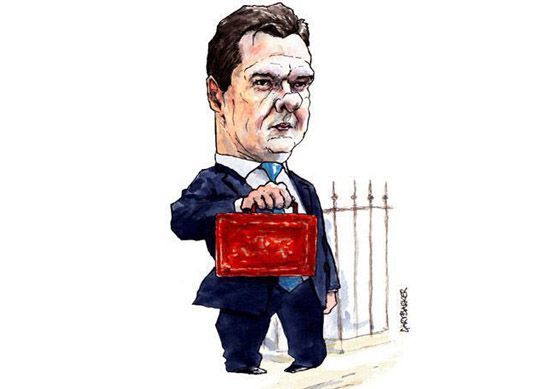 Famous for stating there was no alternative to the government's austerity policy of cutbacks to public spending and services resulting on massive loss of jobs from the public sector.

The chancellor now claims the economy is recovering although very few people appear to be feeling the benefit with wages rising for most below the rate of inflation for the fourth consecutive year meaning that year on year the majority have faced a real terms cut in their standars of living. Also the claims that over a million new jobs have been created since 2010 are cast into doubt by critics who claim that many if not most of these are zero hours contracts or people becoming classed as self employed.

Links to more on George Osborne: