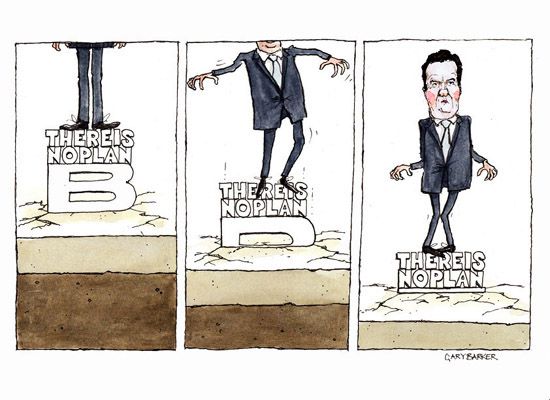 The Chancellor of the Exchequer and his notorious economic mantra.

Since coming to power in 2010 off the back of the 2008 crash and the £500 billion bank bail out the Conservative led coalition government have pursued an agenda of 'austerity' to cut the fiscal deficit. This has led to the slowest economic recovery since records begand and the majority of the UK workforce have experienced a real terms drop in living standards year on year for the past four years as inflation has outstripped rises in earnings yet again this year. The Chancellor has made much a recovery few are yet feeling the benefot from and critics suggest is a false dawn. It is likely the Conservatives will require much more of the feel good factor if they are to win the 2015 General Election.

Links to more on George Osborne: