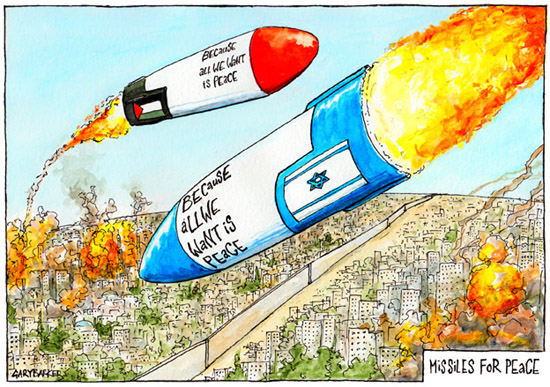 The tit for tat strikes across the Gaza blockade divide. In the long running Middle East conflict, both Israel and Palestine claim the moral high ground of peace while both firing missles on the other, for The Times.

Recent escalations in the conflict have resulted in the deaths of many innocent civilians in Gaza from IDF rockets fired in retaliation to Hamas missiles which almost always fail to do any damage at all as it the Iron Dome defence is highly effective at the repelling the attacks. However the IDF response has been described as disproportionate by much of the international community and even their staunchest allied in the USA and UK are beginning to publicly apply pressure on them to reduce the force of their response.