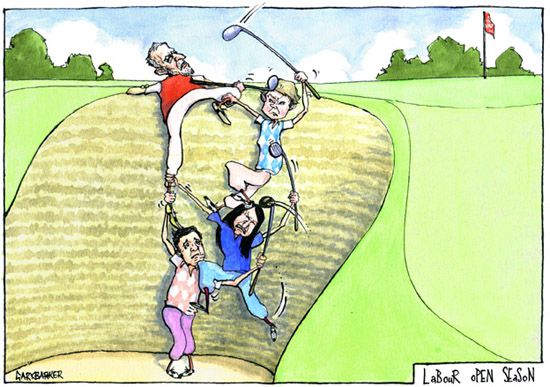 Following their General Election defeat and the resignation of Ed Miliband as leader of the party, Labour have been in disarray, which has not been helped by the temporary leadership of of Harriet Harman and her disastrous whipping of the party to abstain on the welfare cuts vote.

Three of the candidates Andy Burnham, Yvette Cooper and Lz Kendall followed the party line, but the fourth Jeremy Corbyn defied the acting leadership and voted against the bill. Consequently many Labour Party members have expressed their dismay at their favoured candidates lack of caring for the vulnerable and have now thrown their support behind Corbyn who is also the most left wing candidate. Liz Kendall, an unreformed Blairite, is the right wing media's choice, whereas Yvette Cooper and Andy Burnham have played a more cautious line. Burnham had a very good track record in the run up to the vote defending the NHS and the victims of Hillsborough and Cooper has proven herself to be formidable at the Dispatch Box. Cooper has now tried to back trAck on her absrtension stating Labour needs to be more a voice of oppostition rather than resignation. But many are saying this is too little too late and it was obvious to everyone outside the party what they should have done.