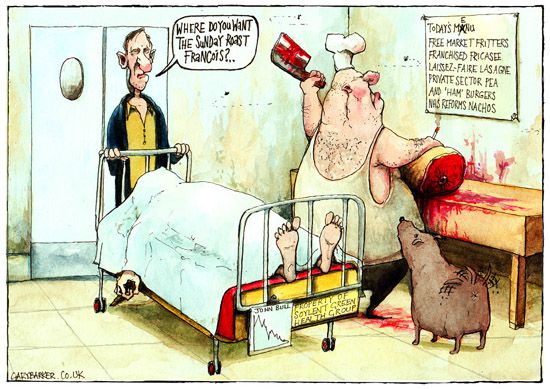 The government faces accusations they privatising the NHS by stealth and that standards of service deliberately run down to soften the health service up for sell off and privatisation, for Tribune.

The British National Health Service is a much loved system that has enabled people who would not otherwise been able to afford treatment to lead health and productive lives. The UK state health service was recently ranked highest in almost all categories of care in a comparative report among developed nations with the USA and its privatised system coming being ranked the worst. It therefore appears counter-intuitive for the British people to allow their government to abandon the best health service in order to the adopt the worst. This again has led to suggestions that the government wants to replace the free at the point of delivery heath service, with one run for profit.

Many may yet only realise the value of the NHS when it is no longer there and they discover, too late, the cost of the alternative health care system.