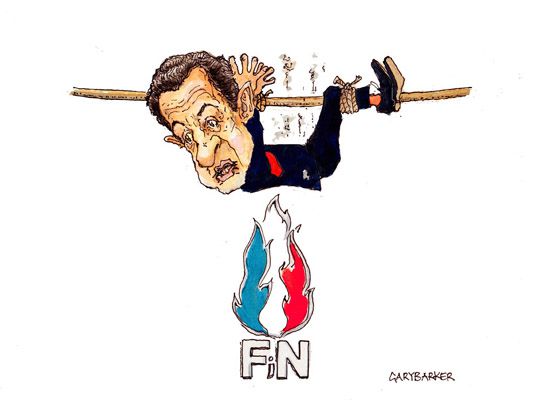 The diminuitive French President, created for The Economic Voice.

Showing him being roasted over the hard right flame of the Front Nationale, to whom he turned in desperation when he realised he was going to lose the Presidential election to Francois Hollande in 2012. On leaving office he retired from political life.

Before his election he was the leader of UMP (Union for a Popular Movement) and he succeeded Jacques Chirac and in July 2014 he was charged with corruption.

In office he courted controversy with his policies on immigration and rights of foreign students to study in France. He also hit the headlines when he sought to control his own image through copyright. Prior to his election it was feared he would bring quite extreme policies to the country which in the end did not wholly transpire.