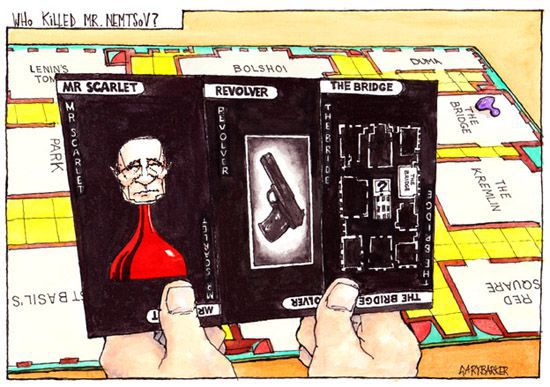 Vladimir Putin possibly implicated in connection with the murder of Boris Nemtsov.

The Russian leader has long been accused of dealing ruthelessly with those he sees as opposing or criticising his rule.

Boris Nemtsov had been a successful politician under Boris Yeltsin in the 1990s and was instrumental in the introduction of Capitalist systems to Russia following the fall of the Soviet Union regime. But Nemtsov had been one of Putin's sternest critics since 2000 and he was in Moscow organising a rally to protest against Russia's military involvement in Ukraine and the country's financial crisis. He was shot and killed on a bridge near the Kremlin in February 2015.