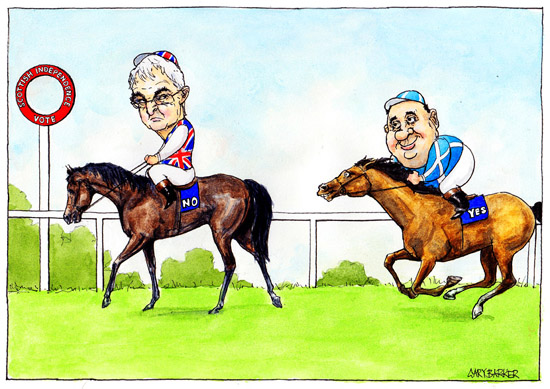 The former chancellow rides his no vote horse slowing to the finishing line, as Alex Salmond

charges to the line on his yes vote horse.

SNP leader of the yes to independence vote and former chancellor the no vote, racing to the Scottish Independence finishing line as the yes vote saunters to the line. The No vote camp has relied almost entirely on the negative, which has started to have a negative effect on their polling as the Yes vote is closing fast. All evidence seems to suggest a close result. With so much to be won and lost on both sides, this is not the time for presumptive complacency.