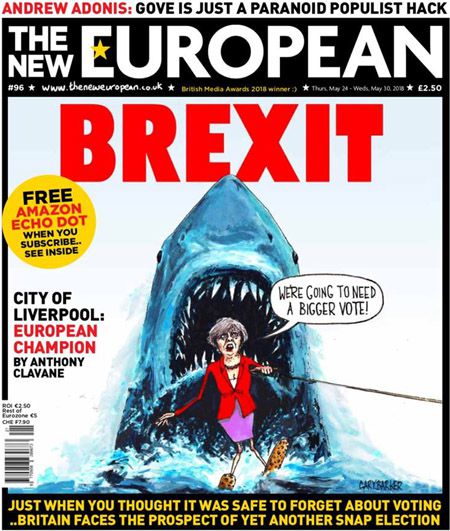 Theresa May cartoon regarding the chatter about another election in November. Bouyed by recent leads in the polls the Conservatives are feeling positive about another general election outcome. After her disastrous showing in the 2017 election they have no doubt coached Theresa May on her presentation skills, but is it possible to turn them around for someone who is so obviously lacking in any form of inter-personal skills? After recent brexit defeats for the government in the House of Lords has down the 'democratic' thing and stuffed a few more Tory peers in there to rubber stamp her will. But will the UK electorate, already with election and referendum fatigue, give her what she demands, the keys to the brexit castle?