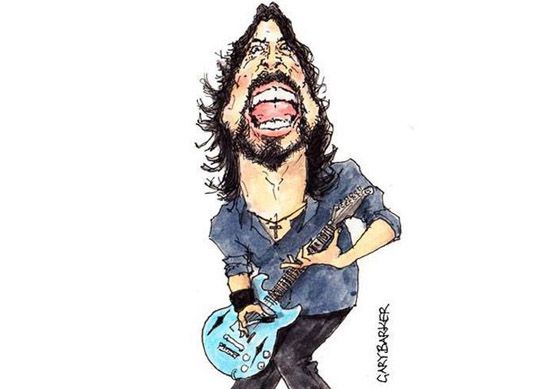 Former drummer with the highly influential Seattle, Grunge band, Nirvana and following the death of lead singer Kurt Cobain in 1994, he carved out a highly successful career in a the highly popular if more traditional rock band that now commands stadium sized crowds.

The band got their name from UFOs reported by Allied aircraft pilots in World War II and were collectively known as foo fighters.

They have now released eight albums and received their first Grammy Award in 2000 for their music video Learn to Fly and have since won ten more, including four for Best Album and in 2012 they were nominated for six awards and won five.