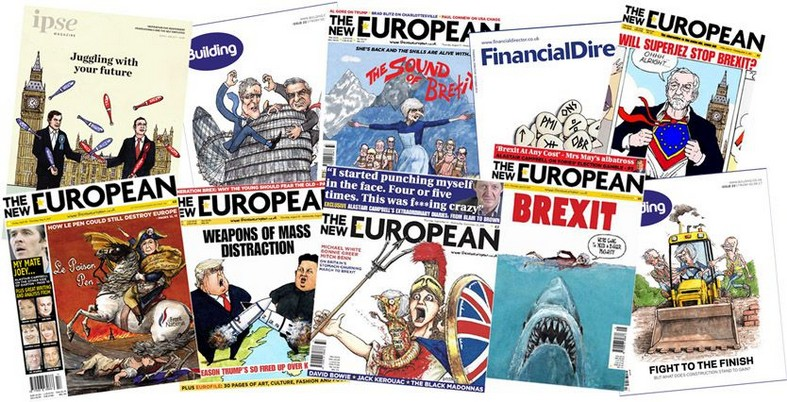 I attended my first political cartoon Awards 'do' back in 2007, held by at The Guardian, which was then based on Farringdon Road. Ken Clarke was the speaker and his topic for the night was 'have political cartoons got a future on the internet?' His conclusion was that they did, but that as yet no one had made this a success. Having worked for the BBC Politics Show for the previous 6 months, producing a political cartoon that primarily was for the internet market I did of course take great exception to his comments and I did what any other self-respecting political cartoonist would do in my shoes - I clapped and smiled as everyone else did. But thankfully my partner, Jane, is made of sterner stuff and once Clarke had finished she let him know in no uncertain terms how wrong he was. They chatted for what seemed an age and she came back full of smiles telling me he was very interested in what she had told him and he gave her a tip for an upcoming job to pass on to me. And again I did what any self-respecting political cartoonist would do in my shoes - didn't act on it.
The point I am trying to make is that people may think political cartooning is a dying art in the age of the internet, but I have to disagree. Since 2007 my commissions have grown exponentially and it has not all been print editorial work - I now do a regularly political / industry cartoon for an entirely web-based organisation and have had numerous one-off commissions for purely online work.
My biggest fear for political cartooning is the growing threat of editorial interference and dictat, as editors seek to stifle creativity and enforce political dictat. One newspaper I regularly covered for was so bad they would demand four roughs a day, which they would then totally ignore and then dictate a cartoon they wanted doing, which was never anything short of propaganda. Thankfully we parted company some time ago and I have no wish to ever work for them ever again. At another newspaper (which again will remain nameless) one sub-editor was obsessed with political correctness and stamped on any ideas with even a sniff of controversy, which meant the cartoons I produced for them were often devoid of any real bite.
So the message from me is we can and will learn to adapt to the internet, but it is the enemy from within we have to worry about, if anything.